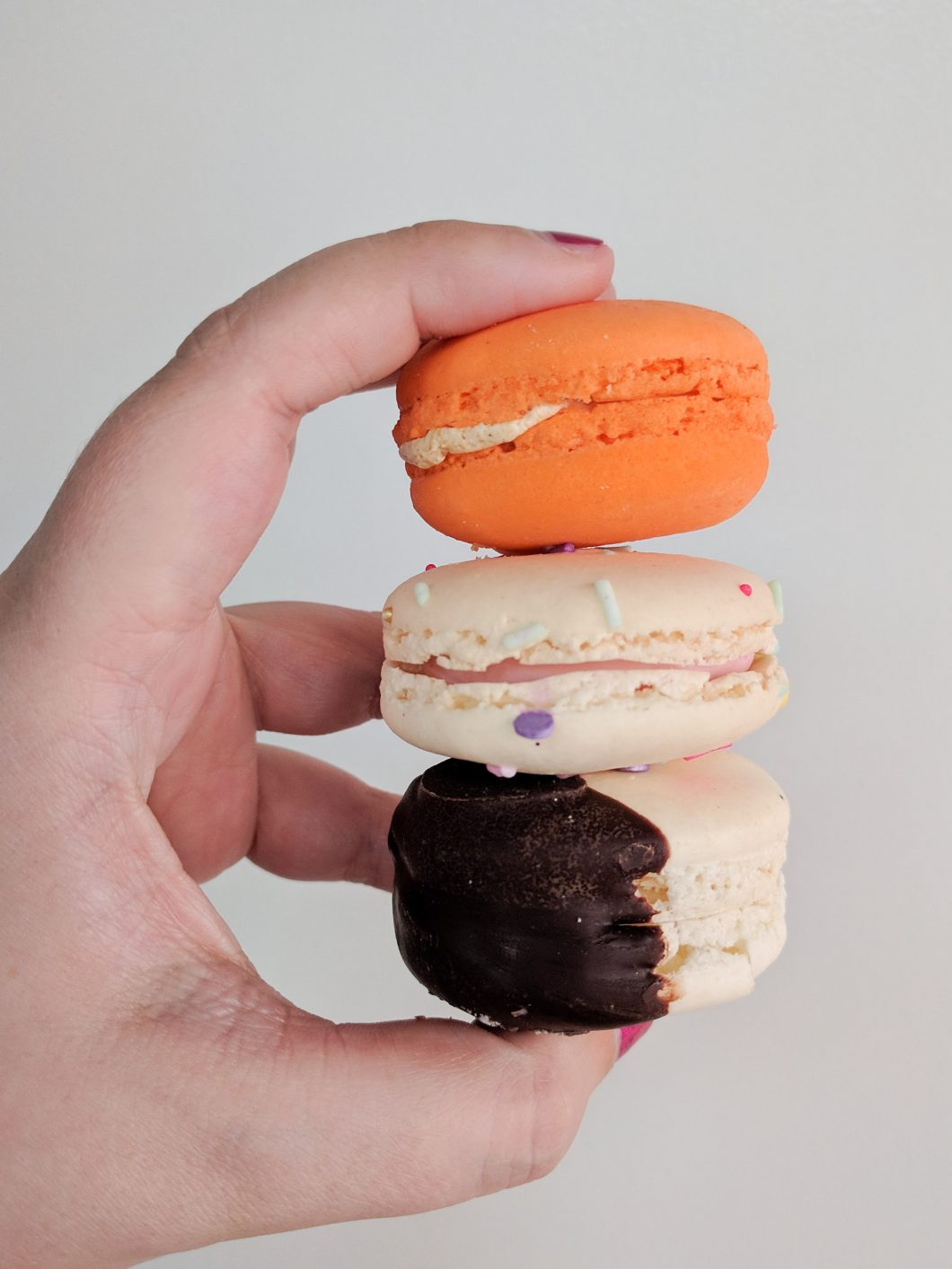 You want a unique Seattle gift for your souvenirs? Here are some of the best ways to take a bite of Seattle home with you!

I love edible – not that kind of edible – souvenirs. Even if they’re only really next-day souvenirs, also known as breakfast. And Seattle has some really awesome stuff to take home with you.

I’m going to recommend shelf stable stuff for the flight home, mainly because then you can eat some on the plane if you want. Which is the best. Also carrying a frozen fish home may be a classic, but it also means a way heavier addition to your luggage.

(Pro tip though: if you really want to bring cheese on your flight, consider raiding the Beecher’s stand at SeaTac. It has a surprisingly robust cheese collection – and their awesome grilled cheese sandwiches.)

While Fran’s does have a lot of options that are sold in local grocery stores out here, certain truffles and confections can only be picked up in store or bought online. And only in person can you grab just one, or make custom boxes. And there’s a fair set of local-only options, from the hazelnut diamonds to the ganache-stuffed figs.

My personal favorite? The tas de noix, a disc of caramel topped with a macadamia nut and chocolate. It is so buttery and toffee-noted and softly nutty and dear goodness I get one nearly every time I’m in the store.

And, of course, you should get yourself a sipping chocolate while you’re there. You’ve earned it.

(As a heads up, Fireworks at SeaTac does have Fran’s, but they’re usually the seven piece boxes of caramel or the bars.)

Salmon, salmon in all forms

I feel like this is the most ~classic~ shipped Seattle souvenir that’s not frozen fish from Pike Place. And there are some options that you can eat on the flight!

SeaBear’s mostly sold in the Made In Washington stores, which often offer samples and/or tasting flights, so you can taste test the options before you pick. They’re mainly going for the shelf stable fillets, but they also sell smaller sizes, tasting packs, and bags of ready to eat cooked salmon.

Loki Fish Co. also mainly sells fillets, but also offers salmon jerky, which is delightfully chewy, or canned salmon. (I wish I could tell you to take all the salmon candy home, which is so sweet yet savory, but that’s not shelf stable.) Loki’s found in a lot of the local grocery stores now, but for the best options you’ll need to find them at a farmers market.

I was going to try and pick something, but that’s… that’s tough. (I know, I know, I put Fran’s in separate, but they’re a freaking institution and they’re mainly known for their caramels.) Indi, Intrigue, Seattle Chocolate, and Theo are all out there doing their own thing, and they’re all so different.

If you like all sorts of intense flavors, including stuff like everything bagel spices in your truffles, go to Intrigue. If you’re more into single origin chocolate or you love mole, go to indi. You want the chocolate equivalent of Ben & Jerry’s, all sorts of add-ins and intensely sweet flavors, Seattle Chocolate. It’s more about what you like here, since one person’s favorite chocolate is another’s worst.

Side note: these peanut butter crisp truffles from Dolcetta? Probably one of the most wonderfully fun confections in the freaking city and are generally banned from my house because we will eat them all in one sitting. You should get some, but you have been warned.

One of the best spice shops in Seattle and blessed by Alton Brown himself, this place is just worth experiencing. And breathing carefully in. (I’m not joking on the breathing. Usually I have to walk in, take a breath, walk back outside to cough, and then go back in once I’m okay. Still worth it.)

I really appreciate that you can buy everything by the ounce (though there’s a two ounce minimum for blends), which generally means that $20 will get you a ton of options. Your kitchen is going to be amazing.

We are super into macarons out here. Lady Yum is even at SeaTac if you have a last-minute craving.

My personal favorites come from Amandine, mainly because while they do offer conventional flavors they’re also willing to go for juniper and shiso. (I’m still sad that I missed the umeboshi, or Japanese pickled plum, macarons.) Lady Yum is great if you’re a fan of more classic dessert flavors like cookie dough or peanut butter and chocolate.

But really, what I’d recommend in this case is tasting around. So many local places have their own unique take on the classic French treat, and it’s worth taking the time to choose your personal favorite.

Do you have any other favorite and unique Seattle gifts?