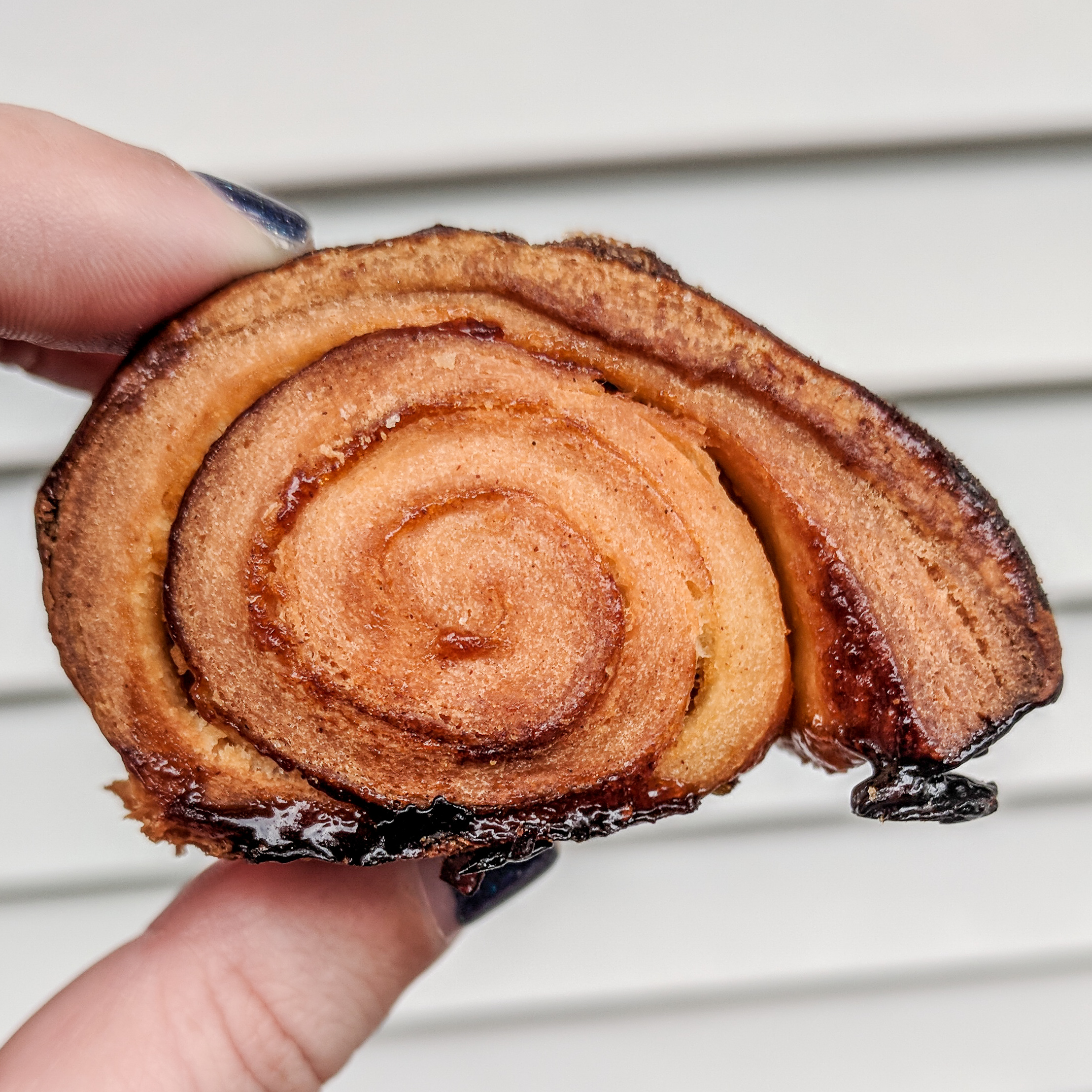 Did you know there’s a literal hole in the wall spot in Capitol Hill where you can get these pastries?
Westman’s Bagels was started with a lofty goal: convince the Jewish population of Cap Hill that they had a bagel with lox worth making the trip for.

And I’m here to talk to you about their rugelach.

For those of you thinking “what IS this?” rugelach is an Israeli/Jewish treat that has a flaky dough rolled up into adorable pinwheels. It’s often filled with apricot jam, but it can really be filled with anything that rolls.

You might not be excited yet, but here’s the thing: done right, rugelach are on their own level of cookiedom. The cream cheese-based dough ends up being meltingly pie crust flaky, and the cookie softens in texture as you bite your way towards the center. And then there’s that filling, bright and sweet for that wonderful contrast. Westman’s version is a chunky, slightly soft version, and a really solid snack. Basically, try one, and wonder how it’s taken you this long to get your hands on one. And then order another.

This is only part of the Westman’s dessert arsenal, but I argue it’s the most important. Rugelach are a rare treat, only found in a few bakeries in Seattle, and the herald of a dessert renaissance that’s been quietly going on in Capitol Hill. Now we have Dacha Diner doing super traditional blintzes, and Dingfelder’s rocking the dessert kugel. The pastries and desserts we associate with Jewish delis (and Brenner Brothers Bakery for those who lived in the Seattle area in the nineties) are coming back, and it’s introducing a whole new generation to what East Coast Jewish cooking is even like. And it’s amazing.

(Though the babka rolls are also super cute and have really neat seasonal flavors like raspberry lemon. But babka can be picked up at Whole Foods.)

Oh, and I have tried the bagels. Really nice crust, relatively soft interiors, and dang are the schmears intense. But I definitely think you should take a second when you’re ordering and see what’s in that dessert case.